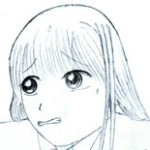 Storyboard is a sketch of images that are arranged sequentially according to the script accompanied by elements that support the plot of the scene. With storyboards we can convey our story ideas to the development team and others. The following is the work of Huriyah Sakilah's storyboard, who is a student of class XI IPB. This work is an assignment from the Graphic Design subject for class XI Odd Semester of the school year 2013/2014. 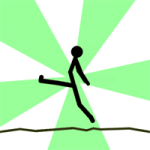 Stykz is a program for creating simple pivot-based animations that produce a combination of frame-by-frame motion. The Stykz program is an option because of the free price, the file size is not too big, and easy to operate. The Stykz program is used in animation learning in Graphic Design subjects in class XI. The animated video this time is an individual work created by Sayyid Ali, students of class XI IPA 1 in the school year 2013-2014. In total he needed 184 frames to produce the animated video. Hasil ekspor video ini dapat diolah lebih lanjut dengan perangkat lunak penyunting… More » 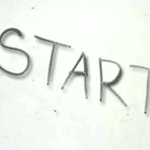 Stopmotion is a technique for making animated videos that is done by physically manipulating objects to make them appear moving. Each movement of the object is photographed individually, then arranged in sequence so as to create the illusion of a moving object. This material is taught in graphic design subjects for even semester XI students. The following are the results of the work of class XI IPB students in making animated videos using the stop motion technique. The concept, they draw frame by frame on the blackboard, then take pictures one by one. Ide cerita adalah permainan game era 8 bit dengan musik pengiring… More »